While on a recent trip to Thailand, I snapped a few shots in the local supermarket of all the millions and millions of beauty products and toiletries that have so called ‘whitening agents’. You can try to whiten everything from your butthole to your armpits, apparently. Everything from powder to bath soap seems to have ‘white’ in it. Take a look and see for yourself: 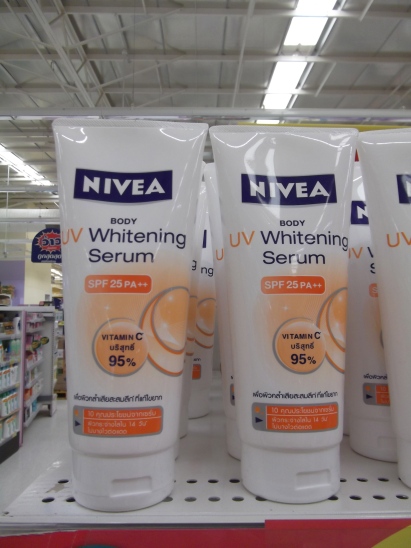 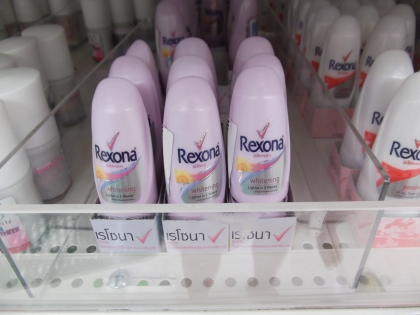 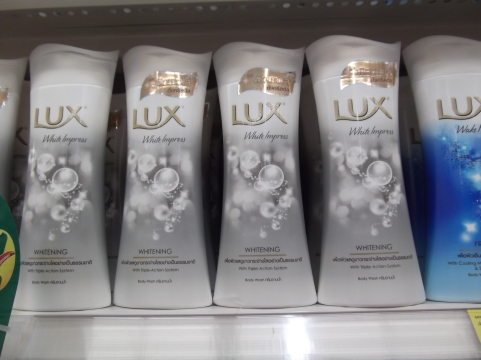 So what’s the obsession with being white? Apparently in South East Asia, if you have dark skin, it shows that you are someone who is poor and works in the field, and thus has a lot of exposure to the sun during manual labour. This is also why Thais go to great lengths to cover their skin from head to toe when in the sun, and abhor the concept of tanning.  Whiter skin shows that you perhaps work in some nice air conditioned office. Thus the proliferation of whitening agents in every damn product that goes in, on or around your body.

I just find it highly ironic that while all the white people are going to Thailand to get brown, a bunch of white people in the US or Europe somewhere sat around a board room and realised they could actually get a bunch of brown people in a developing country to spend their hard earned money on things to make them less brown! What a thing!